It’s been a while since I wrote about the 15 weeks.  It seems like I’ve lost track, bogged down in the inertia brought about by umpteenth wave of Covid.  And now, the sadness of the war is adding a layer of heaviness and misunderstanding to the current reality.

I can’t help but wonder: but where are we going? I don’t have an answer to that.

However, we need to acknowledge that despite the storms that are upsetting our lives: 13 years later, nothing has changed for sick people who still must deal with the meagre 15 weeks of benefits.

This observation hurts.  It is unfair.

The sick are still the forgotten ones of our social programs.  They are still struggling with this outdated 1971 law, which for many is proving to be a one-way and permanent step towards welfare and poverty.  All this in 2022.  In Canada.

They have not benefited from any specific government program or assistance for the last 2 years, although we were assured that no one would be forgotten.

How is this humanly possible?  How could we forget them to such an extent?

WHAT ABOUT THE SUGGESTED AMENDMENTS?

The reflections and corrections that need to be made in relation to the inadequacy of the 26 weeks proposed after my meeting with Prime Minister Justin Trudeau and Minister Qualtrough have remained at a standstill.  Relegated to oblivion. Disappeared.

Despite my 2 testimonies to the HUMA committee.  Despite the interventions and involvement of many elected officials.  Despite the recommendations made to this effect by several stakeholders.  Nothing.

THE FALSE GOOD IDEA OF A 26-WEEK AMENDMENT

We were promised during the electoral campaign, patients would be able to take advantage of 26 weeks of leave as of autumn 2022!  Some rejoiced: “it’s a good thing, it’s better than nothing at all, it’s a step in the right direction”, etc.

But is it really?

Let me remind you of the statistics set out in the evaluation report of the budget’s director, which, by the way, demonstrated that we had the means to amend the law at 50 weeks, from the taxpayers’ contributions as recommended by the various experts

-> Over 77% of people in need of sickness benefits need more than 15 weeks of benefits.

So far so good, this observation is obvious.

-> It is then that everything goes wrong: 77% of those require a minimum of 41 weeks of benefits to recover.

So let me ask again: where are we going with 26 weeks?  How can we be proud to announce a half-measure that will not help those who will need it most?

No one among the elected officials could explain where this “magical” figure of 26 weeks came from.  What for?  How come?

THE YEARS AND BILLS THAT PASS AND ONE AFTER ANOTHER

We are currently in the 14th bill to amend the law to over 50 weeks of benefits, after 13 years of fierce struggle.  So, imagine that since the beginning of this campaign that I have held up by myself since 2009, I have had time to earn my first FADOQ card.  That’s Something!  I was 38 years old when I amassed the first of 619,000 signatures…  My arms are tired from it and sincerely I confess to you, I am tired, but unable to abandon you.

The project before last, sponsored by MP Claude DeBellefeuille, assisted by MP Louise Chabot of the Bloc Québécois, unfortunately fell at the end of the last parliamentary session as we were going to the polls.

The last bill in progress is supported by MP Bernard Généreux and was tabled by MP Jacques Gourde of the Conservative Party.  The C-215, runs the chance of going further than the others because it will not face new elections.  It has already been presented to a 2nd reading and the process can continue in the fall.  But how far can it go?  Let’s keep our fingers crossed.  Very crossed.

It took over 51 years to get this law moving, and so little at that.  Do you think we have the luxury of amending these 15 weeks in a partial and incomplete way?

Once the 26 weeks are accomplished, do you have any idea how long and how much energy it would take to get it back in the news?

There is little time left, but the debate must continue.  Solidarity must take precedence.

Thank you for continuing to help me advance this project so that finally all patients can treat themselves with dignity and find their place in active society afterwards. Thank you for being there and reminding people of the importance of signing the petition here https://15semaines.ca/en/write-to-your-deputy/ 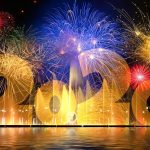