A NEW MOTION … AND THEN WHAT ?

It was with amazement and curiosity that I learned on Monday that the Liberals were going to file motion M-201 during the course of the day.  Here is the wording of the motion:

“That, in the opinion of the House, the Standing Committee on Human Resources, Skills and Social Development and the Status of Persons with Disabilities should examine the possibility and practicality of extending the maximum number of weeks of Employment Insurance sick benefits for those with long term illnesses; and that the Committee report its findings and recommendations to the House no later than six months from the adoption of this motion.” (Private Members’ Business M-201)

At first glance, it was easy to believe in good news and to feel that things were finally going to move forward! However, with a closer look, it must note that this approach is probably nothing more than a practical exercise of public image.

Let’s recall that before they came into office, all Liberal MPs, including Justin Trudeau, voted in favour of Bill C-291, tabled by Denis Coderre, who requested that sickness benefits be amended to 52 weeks.  So it seemed to be self-evident that this amendment would soon follow after they came to power.

And yet, despite the party’s convincing position when in opposition, despite the promise of Justin Trudeau in the fall of 2016 to act swiftly in this direction, as well as the promise of Minister Duclos to correct the situation in September 2016, we must note that things have not yet moved a millimeter.  Three and a half years later, we are still at the same point.

And then, suddenly, a motion is deposited, like a rabbit out of a hat by a magician.  However, why would it be necessary in 2019 to look at the appropriateness of amending the act and the benefits it might have?  This is not progression but rather the regression because all have recognized and admitted for a long time that this approach was relevant and necessary. So?

What’s more, what you’re not told but you can easily find out by talking to our elected officials in Ottawa is that:

-The next reading of the motion will take place in mid-April.

-the vote as to whether it would be relevant to send it to the Committee for study will be held at the end of April.

-The Committee’s timetable is absolutely COMPLETE until the end of the parliamentary session, so it is IMPOSSIBLE for this motion to be considered if we voted in favour of it.

-Even if it were and the conclusions were positive, the government in power would have no obligation to take it into account.

So what is the point of all this circus if it is only to provide answers to the elected and criticized officials – with good reason – by the current campaign by allowing them to respond that they have this project so much at heart that they have just asked for a study to that effect?  Unfortunately, it shows us that it is more important for them to take care of their interests than you and those who elected them.

Despite more than 600 000 signatures, seven bills, many political promises and many thousands of Canadians who continue to be end up on the streets when they are sick, this government continues to prioritize the protection of its image and tramples the willingness and legitimacy of Canadians to FINALLY be able to heal themselves in dignity, and not with an obsolete law of 1971.

So it remains paramount to the elections in October to continue to circulate this campaign again and again, and to accentuate the pressure on the Government to respect its commitments.  Do you have any ideas where we could massively spread the campaign? Congresses, seminars, unions, associations, etc., write to me to let me know, I am open to all suggestions!

I thank you once again for being there and supporting me in these steps.  It is together that we will be able to amend this law.

To participate in the campaign, here it is : https://15semaines.ca/en/ 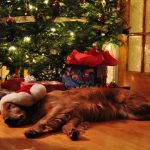